top of page
This site was designed with the
.com
website builder. Create your website today.Start Now

In my mind, the one magazine that I associate with making lists and rankings is Forbes. There are reasons why one might doubt the ‘formula’ behind some of these listings (e.g. how did Donald Trump make it into ‘The 100 Greatest Business Minds’?). But it is very apparent that most rankings are very male-dominated, with few females breaking the pattern (for complex reasons). Under the motto: ‘Here She Is: Listed!’, I would like to start pointing out a few of these women on a regular basis and take a closer look at their achievements, motivation and messages.

To give Forbes magazine some credit, since launching in 1917, they had a column called ‘The Woman in Business’ at a time when voting rights were not yet established. But it took until 1990 to print the first female entrepreneur on the cover. Guess who made it under the title ‘America’s smartest business woman?’. Wearing a suit with printed dollar signs on it: Pop queen Madonna.

Let’s have a look at a more recent example. On the list of ‘100 greatest business minds’ (published September 28, 2017), there are nine women:

Which business advice did they give? Meg’s advice stuck with me the most. Her message: A focus on values should not be a luxury for good times. Particularly during difficult times, it should instead be an emphasis. Also Jacqueline, who advises not to worry about reputation, but rather about strengthening character. That is: empathy, practicing moral courage and determination. The most refreshing story came from Oprah. She got an invite to stay at Nelson Mandela’s house. The latter proved to be quite spontaneous. When she mentioned her dream was to someday build a school, he picked up the phone and called the African Education Minister. The school is now on its way. True leaders act fast.

Check back soon
Once posts are published, you’ll see them here. 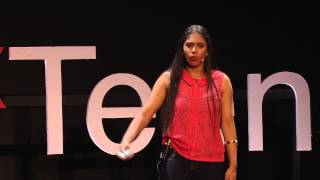 3 TED Talks by Women in Science

Designing for a cause

How to create your portfolio